Thank you! We received your application and will contact you soon!
Close

Thank you! An audit that will change the future of your site will be sent to you within 3 business days.
Close

We will contact you in the near future to obtain the start information on your project. Right after that we'll send you an invoice.

The service will display a warning telling that “the results for your search don’t seem very relevant.” After the message, users will see a call to “see results anyway”.

Several users provided their feedback that this message appears too often during the past day. Google responded after SEMRush posted similar feedback on Twitter. 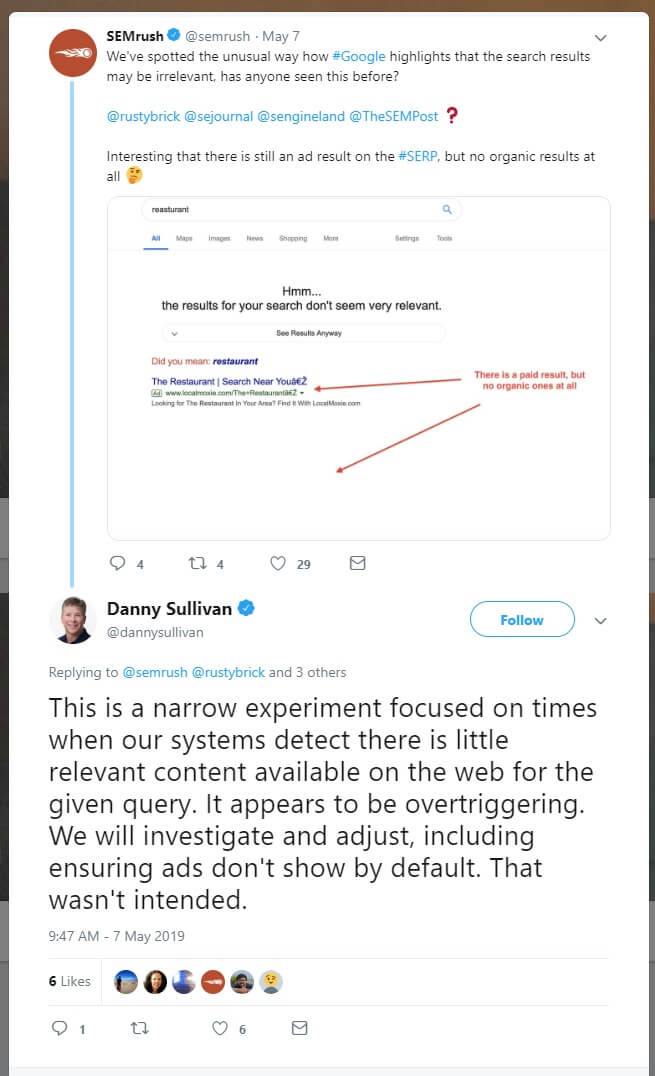 A Google’s representative Danny Sullivan said that it was a temporary change due to an experiment and that the service was not meant to respond with this message so frequently. He also added that Google did not intend to show ads on that content block. The system should only trigger when there are very few relevant pages for a query. Now it is triggering too much. The Google team is investigating the issue and fine-tuning the feature, including fixing the ads display rules.

Danny Sullivan added that they were curious to see those queries that would meet the criteria, as normally it is a rare case to google something that doesn’t have at least a few relevant search results.

If you are lucky enough to take part in the experiment, you can get a chance to create content for these rare queries.

Linkedin
We can tell you more about each item, focusing on your site.
Send your request and we will call you back!